How to Live a Life of Peace with Food is a 12-week online course that supports you to take the actions you need to take, if you want a peaceful relationship with your body and food.

How Weighing Gets in the Way of Peace with Food 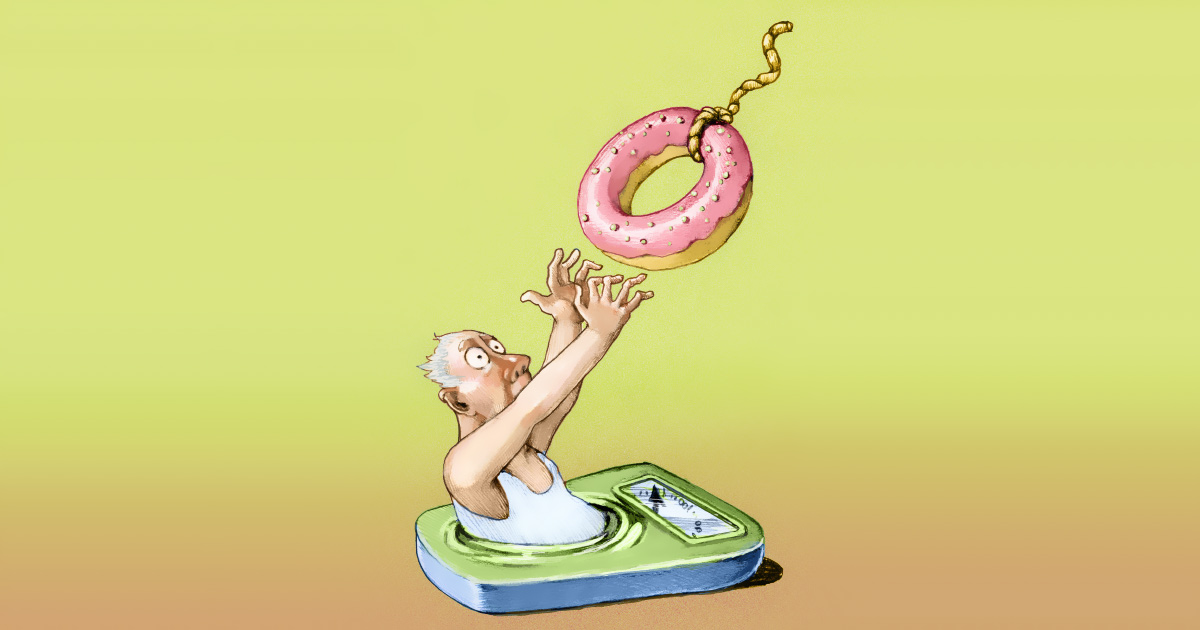 Do you weigh yourself?

Do you have a ritual – like making sure you go to the toilet first, taking off all your clothing, and doing it at the same time of the day, so you can get as accurate (or low) a reading as possible?

When you stand on the scale, are you mean to yourself?

If you don’t like the number – how does it affect your mood and food choices for the day?

And if you do like the number, how does that affect your mood and food choices for the day?

Or do you avoid weighing yourself because you’re too scared to ‘find out the truth,’ and even though you aren’t faced with the number, you still think about it a lot (or all the time)?

What is the function of weighing yourself? How does it impact your life?

I used to go through phases. When I was ‘being good’ (aka known as dieting/ restricting), I’d weigh myself once a day. If the number was going down, I’d be happy, and stick to my diet and exercise regime, because I knew it was ‘working’. Sometimes, if the number was going down, I’d give myself permission to eat things I’d been missing out on, but this was a scary thing to do because I believed that it would put me at the top of a slippery slope into binge eating. If the number went up, I’d be furious with myself! ‘How could this be – I’ve been so good! I’ve been exercising and eating well… What the hell happened?’ Sometimes this would spur me on to restrict my food even more, and sometimes (OK, most of the time) it would flip the fuck-it switch, and I’d emerge from a haze of bingeing days, weeks or even months later. Typically, I’d wake up from the trance when I couldn’t button up my jeans – which would force me into standing on the scale again.

Which inevitably meant I’d beat myself up for being so stupid.

I’d accuse myself of being ‘so unconscious!’

I’d lament: ‘How could I let this happen?’

‘There must be something wrong with me.’

I’d beat myself up about having disappeared on myself for the last 3 days, 3 weeks or 3 months. I’d remonstrate with myself – was I not aware of what I’d been doing?

Did I just not care?

And the SHAME!!!! The utter shame I’d feel, having to start wearing my next-size-up clothes again…

I’d imagine my family, friends and acquaintances  tut-tutting behind my back because last time they saw me, just a few weeks ago, I looked smaller. And I felt compelled to explain the change.

Now I’m not saying that if I hadn’t stood on the scale, I would not have had these thoughts because self loathing is internal.

I believe it is possible to stand on the scale and see it as just a number, giving you data about your relationship with gravity at a moment in time, but I wonder why we would need or even want this data? I don’t see how it has value outside of diet culture and fatphobia (or for the rare occasions when dosage of medication is weight related).

The number on the scale has nothing to do with your value as a human being, the contribution you make to the people in your life and to the world, your inherent lovability and worthiness – or even your attractiveness. It also isn’t a crystal ball that will tell you what will happen with your weight in the future. And it is certainly not a predictor of your health.

Remember that being on the higher end of the weight spectrum does not in and of itself mean you’re not healthy, just as being anywhere else along the weight spectrum doesn’t in and of itself tell you anything about a person’s health. Health promoting behaviours have way more to do with your health outcomes than your weight number. As important or even more important is which number you drew in the genetic lottery and where you find yourself socio-economically.

The best chance you have of reaching your ‘natural’ weight – or as I like to call it, your ‘happy weight’ is, ironically, to not focus on it.

This is because it gets in the way of making real and lasting peace with food. Foods you believe will make you gain weight, you will try to avoid or restrict which will set up a greater desire for them. Think what happens when you tell a child they can’t have something – they want it more and have a tantrum! Remember Eve with the forbidden fruit? That the apple was forbidden made it all the more desirable to her. The serpent, who just happens to have scales (!) is one part inner mean voice, telling you what you should and shouldn’t do, shaming you for your body and eating behaviour; one part inner rebel, sticking a middle finger to the controlling inner critic and one part your survival mechanism (because the body defends against weight loss to survive famines).

If you believe weighing keeps you safe here are some thoughts about that:

Clients often tell me that if they don’t weigh themselves regularly, they’ll gain weight. Now I’m going to preface this with a reminder that I don’t believe there is anything wrong with being fat and that it’s fatphobia that needs to be dismantled rather than fatness that needs to be eradicated. If you’d never ever been shamed about your body size, if you’d never come to believe that your body size was responsible for some of your circumstances, you would not be here right now, reading this. You’d be living your life and you’d be occupied with other things, right?

The reason people tend to think that weighing keeps them safe (meaning, safe from gaining weight) is because they’ve only ever known 2 things to happen:

They’re either dieting or restricting, exercising AND weighing themselves, or

they’re eating with abandon; without attention to hunger, fullness or satisfaction, getting their fill of all the foods they’ve been restricting and not weighing themselves. Their bodies are also most likely fighting to get back into homeostasis – bringing their weight back to a place that feels most comfortable to their body (though not to the mind, which is attached to being smaller due to internalised fatphobia).

So it makes sense that you’d think that having the discipline of weighing yourself would prevent weight gain.

Remember though that whether or not you’re weighing yourself, your body will fight to keep you at a weight that IT feels best at (and that might not be a weight that you prefer).

The thing is that…

To become peaceful with food, you need to learn to trust yourself around it

And weighing yourself does not help you develop that trust. If the number is up, you’ll probably think: ‘See! This making peace with food thing is bollocks! This unconditional permission to eat malarky is not working! Screw that!’

And you’ll be back to restricting, which will have its inevitable swing into overeating or bingeing.

Learning to make peace with food takes time. And weighing yourself, worrying about whether you’re putting on or losing weight just gets in the way of that. Weighing yourself keeps you in the short term, rather than having the long term motivation of becoming sane around food.

So, my recommendation is, leave the scales to the reptiles and fish of this world – at least until you:

And by the time you’ve done this, my guess is that you won’t care what the scale says.