Is Fat But Fit a Big Fat Myth? 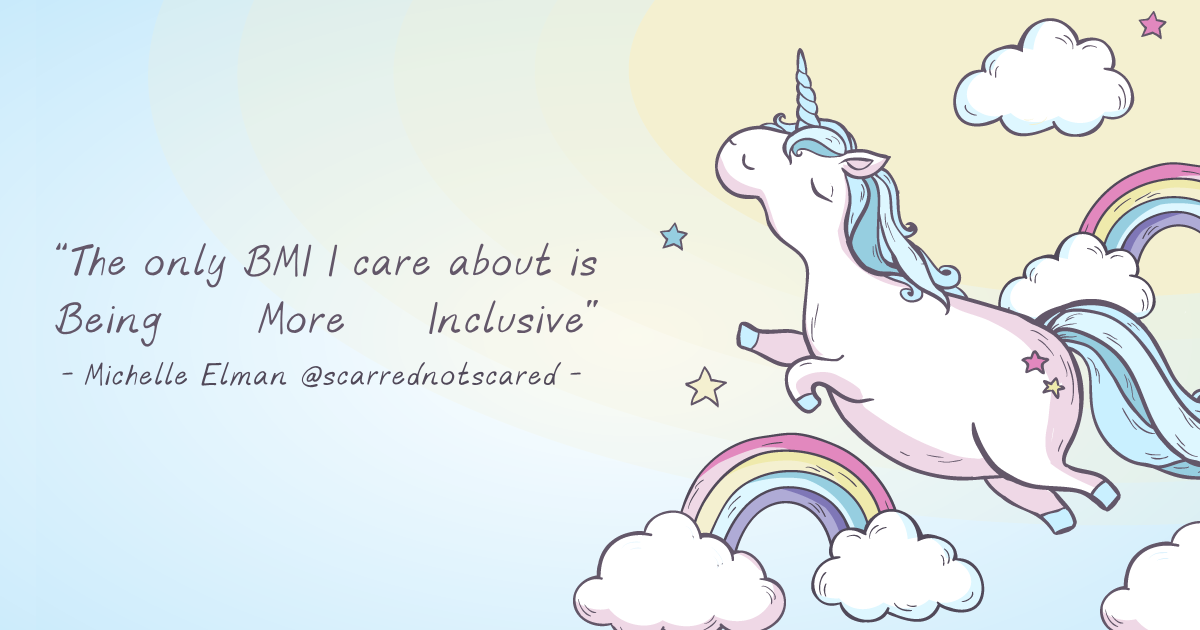 On Wednesday, 17th May, an article was published in the UK media entitled: ‘Fat but fit is a big fat myth.’

Sigh. If there’s one thing that pisses me off, it’s misleading journalism. I understand the pull for catchy titles that make the reader want to click on the article (I do that myself), but I deeply object when it’s misleading, scaremongering and potentially harmful.

Before I get into the study itself, I feel pulled to point out the ‘but’ in the title. Why fat but fit? It’s as if fat in and of itself is a bad thing, but if you’re fit, then that at least does something to ameliorate the horror of the fatness. What about fat and fit? That would be a less loaded title, don’t you think?

The Guardian had a more comprehensive take on this study. Take a look at it if you’re interested; though here’s a precis:

Problem 1 – not peer reviewed
For starters, this study has not (yet?) been published in a peer reviewed journal. To be honest, weight stigma is so entrenched in the medical community, that even if it had been peer reviewed, it would likely still be questionable. When research has been peer reviewed, it needs to stand up to scrutiny by other professionals in the field. A certain level of quality and certainty is required. Peer review is not perfect (one reason is that internalised, generalised bias is hard to pick up on) – but it does at least go some way to addressing erroneous claims.

Publishing the findings of a study that hasn’t been peer reviewed with such an inflammatory title is provocative, and I would say dangerous too.

Problem 2 – confusing correlation and causation
Just because one symptom exists alongside another, does not mean there’s a causal link. In statistics, this is known as questionable cause, false cause or logical fallacy.

For example, epidemiological studies found that women taking combined HRT (hormone replacement therapy) also had lower incidence of CHD (coronary heart disease). The leading doctors concluded that HRT is protective against CHD. However, randomised controlled trials showed that HRT actually caused a mild but statistically significant increase in risk of CHD! The reason that HRT was correlated with lower CHD, was that the women more likely to take HRT were also from higher socio-economic groups, with better access to health-promoting foods, exercise, and lower overall stress, and that was why they had a lower incidence of CHD.

Saying that the the o-word* causes these other problems is turning correlation into causation.

They simply do not know.

Problem 3 – control
I’m not a scientist and I’m not even a lay science geek. But one thing I do remember from class-based science experiments, is the need to control for other factors when you’re proving a hypothesis.

We have no idea what this study controlled for, if anything!

In Linda Bacon and Lucy Aphramor’s book, Body Respect, they explain how there are many traits and behaviours that differ between people of higher and lower weights that might explain the higher prevalence of disease better than their relative levels of adiposity.

They explore 3 areas: fitness; history of dieting; and stigmatisation & discrimination.

People who are unfit, no matter where they are on the weight spectrum, have higher mortality rates than fit people. Did this study control for fitness?

Did you know that weight discrimination is now as prevalent as race and sex discrimination? Discrimination is highly stressful. People who face weight stigma are less likely to go to the doctor when health issues start to arise, because experience has taught them that all too often the solution they’re offered is weight loss. They’re made to believe that it’s their fault they can’t lose weight and and maintain the weight loss and therefore their fault that they’re ill. So they stop going, until they can’t avoid it any longer, by which time it may be too late for effective treatment. And if fat patients do have the courage to visit their doctor, all too often the doctors are so focused on their patients’ weight, they often miss other more helpful ways of treating their patients (in other words, they don’t treat the fat patient as they would a thin patient with the same condition).

Discrimination is highly stressful. And guess what? Stress is also a risk factor for the very same diseases that are correlated with being in a higher weight body! So… did this study control for weight discrimination? I can answer that right now, without asking the researchers: no, absolutely not, because weight bias is almost completely unseen and unacknowledged in the medical profession.

Problem 4 – the solution!
With no causal link established, the lead researcher then had the temerity to suggest that we keep flogging a dead horse, and keep trying to lose weight! Aggghhhhh!!!!!!!!!!!!!!!! Even if there were a certain causal link between fatness and these disease outcomes, it doesn’t change the fact that dieting is a consistent predictor for weight gain. More people than ever before are dieting, and people are getting heavier…

Given that weight loss through dieting is a zero-sum game; given that there’s no objective scientific proof that excess weight causes ill-health – what next?

Well – it depends on you and what you want for yourself. If improving your health matters to you – and it doesn’t have to – then there are things you can do to improve it, whether or not you lose weight as a result.

* I’m using ‘the o-word’ instead of ‘obesity’. I’m doing this because that word medicalises people of certain sizes as a health problem to be solved, based purely on their BMI (another problematic issue I won’t go into here). I prefer to say ‘in a large/ heavy body’ or ‘at the higher end of the weight spectrum’ which are more descriptive and not stigmatising. If you’re interested, you can read this short primer on Dismantling Stigma by Marci Evans.