The Most Important Thing to Do to Stop Binge Eating

I get it. You’re desperate to get some control around your eating.

You’re flummoxed by why a simple thing like eating can be soooooo damn confusing! I mean babies do it! Why can’t you, right?

What I’m going to tell you might sound bonkers, but it’s true.

It’s going to sound counter-intuitive – but I promise you – this one thing solved the mystery of why I couldn’t stop binge eating!

This is how you probably think it works: 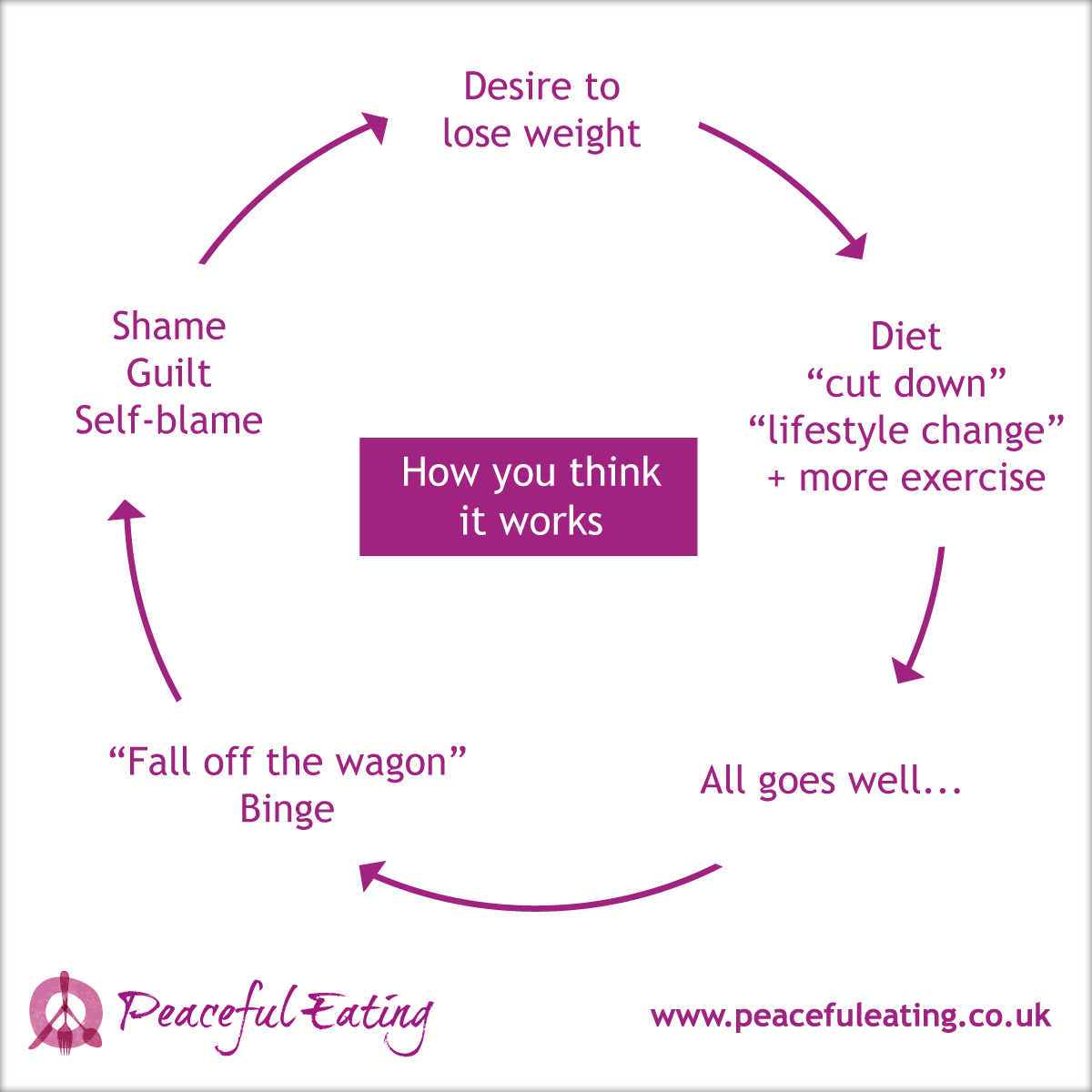 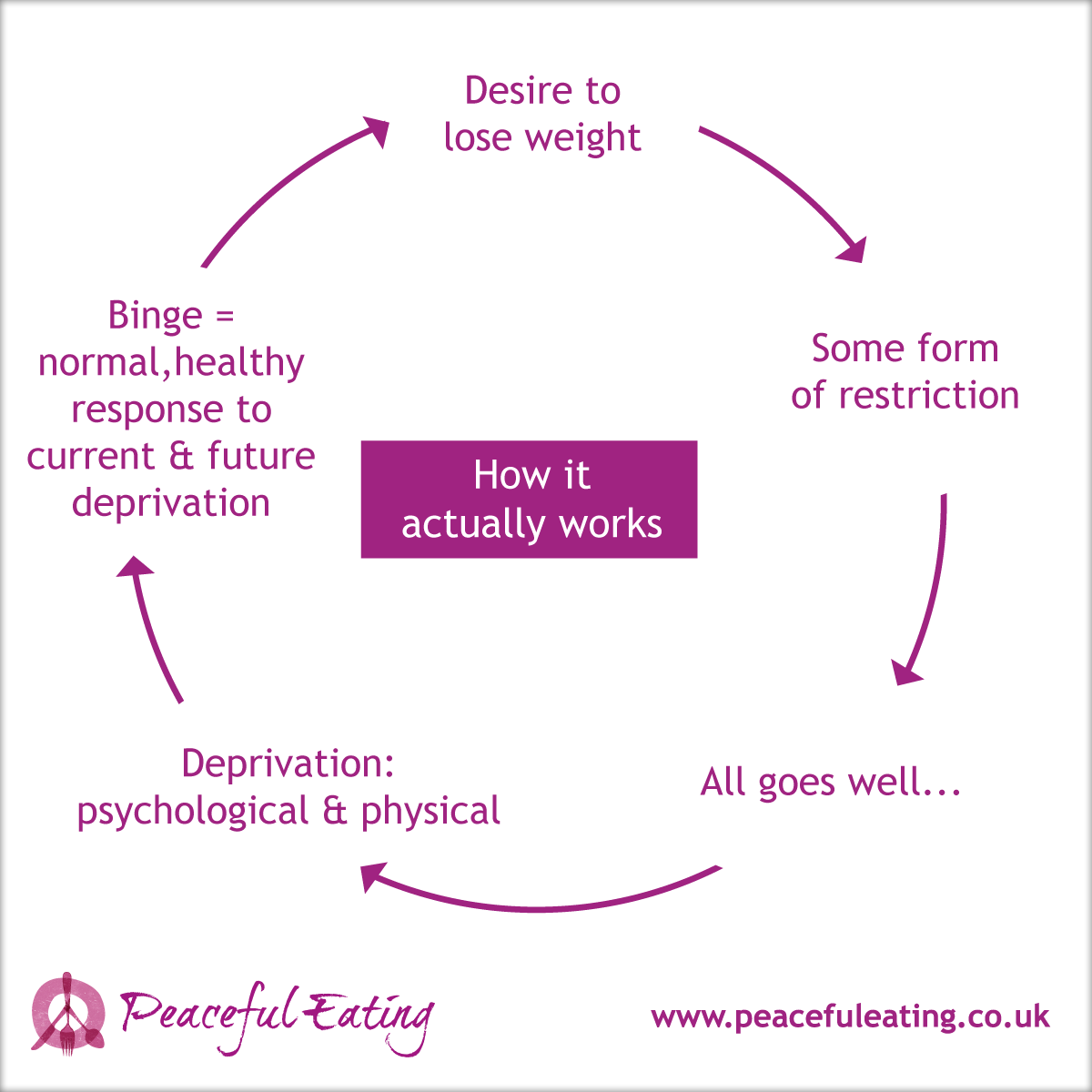 The way to end this cycle?

I’ll admit, you’re probably not going to like it, but this is what needs to happen if you want to stop binge eating:

I know. It’s easier said than done, because we live in a fatphobic culture that doesn’t make life easy for people at the higher end of the weight spectrum. We’re told that it’s unhealthy to be fat (newsflash: turns out your behaviours have more impact on your health than your weight). We collectively believe a lot of lies about fat people: that they’re lazy, greedy, emotionally stunted, undisciplined and without willpower. And then there’s the painful reality that thin people are awarded social and economic privileges that are denied fat people.

So it’s understandable that people want to get thinner and fear being or getting fat(ter).

Yet as with racism, so with fattism.

Do we tell black people to try to become white because life is easier in a white skin? Or do we change the culture to give all people of all skin tones equitable accessibility and rights?

Look, here’s the thing – even if you still want to lose weight – the truth is that it’s almost impossible to intentionally lose weight and sustain that weight loss for longer than 5 years. Most people regain it in a way shorter time span. The Australian National Health and Medical Research Council is so certain that any kind of lifestyle intervention in pursuit of weight loss will result in weight regain within 2-5 years, that they call it ‘Level A’ evidence. This is the same level of evidence for the statement that ‘smoking causes lung cancer.’ In addition, dieting has been found to be a consistent predictor of weight gain. This is because your body wants to survive famine, so it slows your metabolism and stores more fat to protect you from dying!

It’s not easy. But it is the truth.

If you want to delve deeper into the reasons behind the binge eating struggle and how to put an end to it, once and for all – check out my Break Free From Binge Eating Masterclass.