Why Your Body Image Sucks 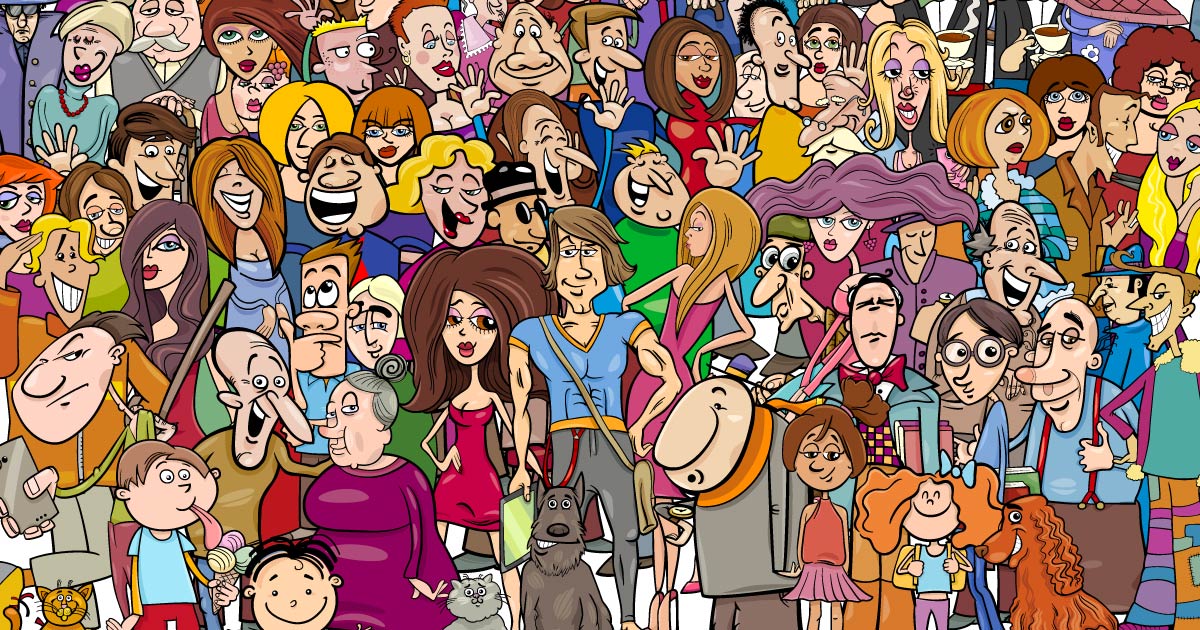 At some point in your life, you decided that your body was wrong in some way. You were not born with that idea. It was an idea that you internalised from outside of you and came to accept as true. You then probably set about doing whatever you could to remedy its ‘wrongness’, so that your body would be more acceptable.

How did you ever get it into your head that your body was a problem?

Who gave you that idea?

Where Did it all Start?

My first memory that my body was a problem, was when I stood on a scale at the age of about 8. In truth, I didn’t know what the number meant, but I did know that my mother and older sister stood on the scale almost everyday, and they were not happy with their numbers. They were the most amazing women in my life! If they thought their numbers (i.e. bodies) were a problem, mine must have been too! How could mine possibly be ok, and theirs wrong?

My Mom and sister were either on a diet, thinking about starting a diet, cheating on a diet, or actively not on a diet (meaning eating all the non-diet foods they could, until their next diet started). They were doing this to change their bodies – because somehow they had learned that their bodies were not good enough as they were.

Do you remember how you first learned your body wasn’t ok as it was? Did you learn it from a parent, a sibling, friend, teacher – or even a doctor? It doesn’t take much – just a passing comment can trigger the train of thought, that your body isn’t ok as it is.

Perhaps it wasn’t your size that was made wrong.

Perhaps it was something else: your skin (colour or complexion); your gender orientation; perhaps you were born with missing limbs. Perhaps you have a genetic condition or you’ve developed a syndrome that makes your body ‘other’ than the norm. Perhaps people stared and pointed at you – or averted their eyes from you.

Humans have a primary need to belong and to be accepted.

This is necessary for our survival.

When your body is criticised, rejected or shamed, it’s an absolute affront to that need for belonging.

But How Did We Come to Believe this?

The trouble is, we live in an appearance-obsessed culture. Wherever we look, both online and off-, we see (photoshopped) images of thin, young, white, flawless women, with curves only in the ‘right’ places. Most of us do not find ourselves represented in these images.

What’s missing is body diversity: people of colour; the full range of body shapes – not just in terms of fatness or thinness – but also in terms of scarring, injuries, asymmetry, gender, height, skin conditions etc.

Since my work is centred mainly on people with poor body image in relation to size, the rest of this blog will focus on that aspect.

The mere-exposure effect is a psychological phenomenon whereby consistent exposure to something develops a preference for that thing. In other words, the more you see it, the more you prefer to see it. Did you know that in the US, 67% of women are ‘plus-size’ – yet only 2% of media images reflect that? If you fall into any of the other categories above (eg non-white, scarred, with deformities etc.) and you have a fat body, well – I don’t know what percentage of images in the media will represent your body, but I think I can safely bet it’ll be 0.0-something%.

No wonder then, that young American girls are more afraid of becoming fat than they are of nuclear war, cancer, or losing one of their parents. Read that again. Doesn’t that blow you away? Given what we’re consistently exposed to, it shouldn’t be surprising, that 75% of American women are dissatisfied with their appearance. Or that (often harmful and dangerous) skin-lightening creams are a multi-billion dollar industry in Africa and Asia? Or that in Lebanon plastic surgery for women, is almost seen as a necessity – to get a job, even – to the degree that there are special bank loans available for this purpose!

Typically when we see fat bodies in the media, they are all too often the butt of jokes. Fat characters are usually portrayed as lazy, stupid, unhealthy, unhappy, clownish, bullied and/or alone. They very rarely are just ordinary people, living ordinary lives like anyone else: going to work; having relationships; being doctors, lawyers, con men and women; unashamedly enjoying sex with the lights on , exercising, enjoying food etc. There are just so many shows where every serious female character is slender, with flawless skin and glossy hair, even if she isn’t white-skinned!

The experience of poor body image hasn’t just come about since the internet or 24/7 TV! In some ways I think it’s harder now because we are overexposed to media images. My mother and sister had poor body image before we even had a television! And my grandmother, who grew up with no media at all, also spent a good deal of time plucking, fixing and shaping her body to make it more acceptable. Why?

There are several other socio-cultural components to consider which work together to feed poor body image.

Poor body image is a way to keep women from being their most powerful selves.

Girls are socialised to believe that being pretty or beautiful is imperative to being accepted, loved and to belong. They learn that it’s of primary importance. More important than doing kind deeds, or learning new skills, or standing up for themselves. Think how we speak about little girls we first meet. ‘Oh, she’s so pretty/beautiful/cute!’ We do not say that about boys! Perhaps, if the little boy has particularly striking eyes, or long black eyelashes, one might make some remark about his physicality – but that is not the norm.

Girls learn that their appearance is of primary importance, when it comes to the approval of others.

While women around the world are spending their money, time, effort and energy on trying to make themselves ‘look better’ (i.e. meet the current beauty standards)  that is money, time, effort and energy we could be putting into any number of other pursuits or interests that will increase our level of happiness, connection, empowerment, achievement, sense of contribution to the betterment of others, and peace.

Destabilising our sense of enoughness keeps us from being a threat to male hegemony.

This is not to say that men do not also experience poor body image. That is sadly on the increase – and these next socio-cultural issues speak to that:

White supremacy creates a culture of preference for whiteness

I won’t pretend to be an expert on this – so I will be brief. Through colonisation, people around the globe have been conditioned to believe that whiteness is better. For example, if you’re black or brown, you may have been led to believe that the lighter-skinned you are, the better (thankfully this is starting to change, but there’s still a market for dangerous skin-lightening creams). Smooth, straight hair and noses with a high bridge are preferred.

Against this background, we also live in a Fatphobic culture.  The medical profession has vilified fatness, which has become associated with laziness, ill-health and incompetence. There’s a cultural belief (perpetuated by the medical profession) that fatness is equivalent to ill-health, however the truth is that you cannot tell how healthy a person is from his/her appearance. There are thin unhealthy people, and fat healthy people. As far as I know, there is not one study that proves that fatness causes ill-health. Fatphobia has given rise to widespread weight stigma – meaning prejudice towards fat people – this happens everywhere: in the media, in doctor’s offices, in school playgrounds, gyms, around the dinner table, at work and even on the street.

Read Health At Every Size and Body of Truth to learn more about this – it’s really important to understand.

Money Makes the World go Round

The bald truth is that there is huge profit in poor body image. Destabilising your sense of belonging means you’re vulnerable to being sold stuff to fix yourself in order to become more acceptable. It’s only in the last decade or two, that the marketing machine has cottoned onto the fact that it was missing out on half of the possible profits it could be making – hence the rise in male body image issues.

Imagine what would happen to capitalist economies if we all decided we were enough as we are?

The more we participate in this; the more we reject our own bodies and judge other people’s bodies (as more or less acceptable than our own), the more we perpetuate our own poor body image; the more we allow this to continue down the generations… and the further away from ourselves we become.

Surely, peace is to be found in acceptance and connection with ourselves, our fellow humans and life itself?

If this has been helpful in some way, you may also find these blogs on body image/ acceptance of use to you:

Is Body Static Drowning Out Your Intuition?

How to Love Your Body

What I’ve Learned About Body Image (and Intimacy)